What is your Money Personality? 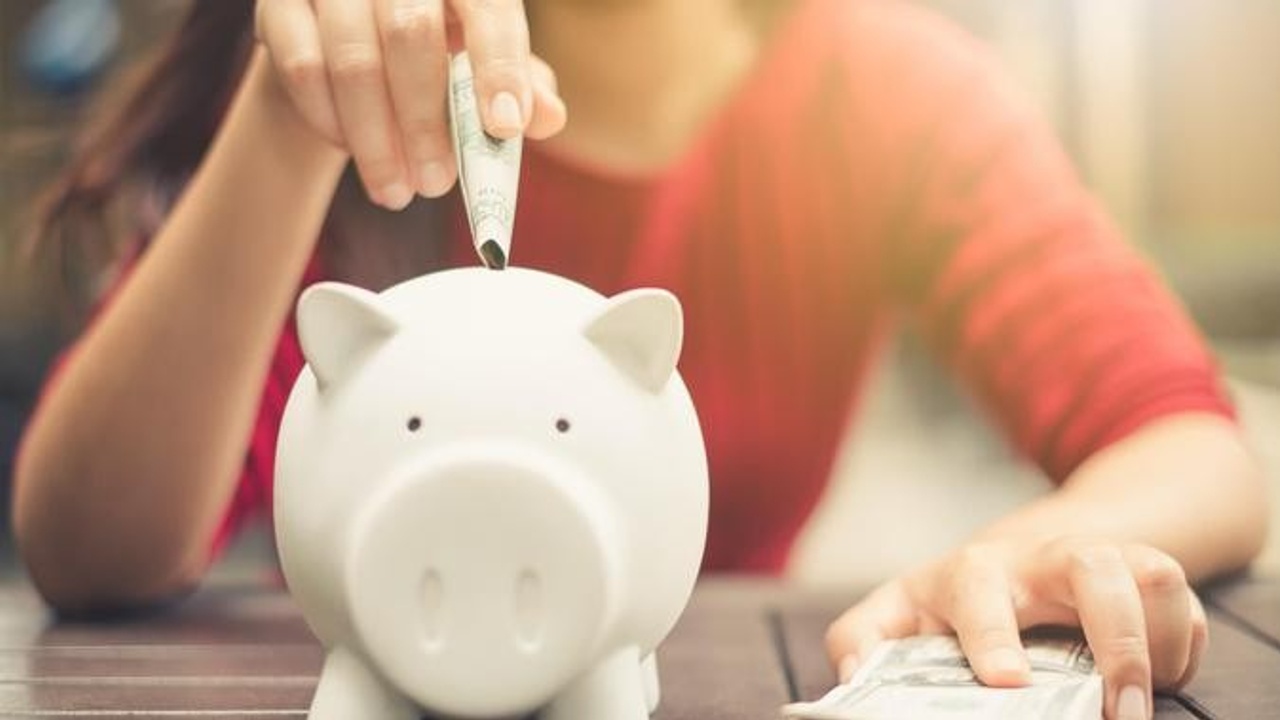 Money is money is money… isn’t it? And do we have a ‘Money Personality’? If that seems a rather strange idea, let’s explore it a little. After all, it’s clear that we all have our differences in taste and lifestyle. One person loves rap music, another classical. For some people sport is the most exciting thing to watch, while for others a great series on television is the best of all worlds.

So clearly we have our differences, but surely in business there must be only one approach to how we use money? Well actually, no.
Let’s look at some examples, and see if you recognize your own Money Personality.

As you’d expect, Gamblers take risks and are attracted to the rush of when they might ‘win big’. A Gambler always claims to have a sure fire system, but to outsiders they often look dangerously addicted and lacking caution. What a Gambler will tell you is that sometimes they do win, and when that happens everything is justified. Hey, a little risk in life ain’t so bad is it? It’s the approach of adrenaline junkies who live on their wits, and it’s an attitude shared by a surprisingly large number of business people, in all types of companies. In short, they cultivate ‘Lady Luck’, and hope for the best.

Wizards are close cousins to Gamblers, but they build on the ‘system’ of the Gambler by introducing an element of magic, for which only they know the spells. Anyone who’s into Bitcoin or other cryptos is in essence a Wizard. And remember, we’re looking at Money Personality types here and not making any judgements. Yes, of course it’s true that many Wizards have created wealth from their adventures in the cryptoworld, but is it a route open to anyone? As the old saying goes, ‘If it’s so easy, everyone would be doing it.’ Wizards will tell you that for sure it’s incredibly easy… but are they going to reveal their secret spells? No way!

While Wizards and Gamblers embrace risk in their efforts to make money grow many times over, Squirrels are by nature cautious. They consistently put money aside for a rainy day, and even when it’s pouring down, the chances are that they’ll decide it’s not raining hard enough, because maybe a more rainy day is just around the corner. Squirrels pride themselves on being ‘prudent’ and ‘sensible’ and would rather have their store of nuts safe and dry than at risk in the cold hard world. OK, so if the money is in the bank, at least it’s kinda safe there, even if interest rates now return only fractions of a percent per year.

Who doesn’t relate a little bit to The Indulger? At least a few times in our lives, it can be very pleasant to use our finances for something that provides pure pleasure. We’ve been through a tough period with the pandemic: let’s blow some of our money on that trip to Cancun we’ve been promising ourselves forever. Even if it’s not strictly a business expense, The Indulger can argue that it’s legitimate, because we all need to feel good about ourselves, right? In the Spa and Salon business this is very true, because owners are an advertisement for their company - if they look good and feel good, then of course that will attract more customers. So Indulgers always have sound reasons why their use of money is both necessary and logical. And you know what? - All of these Money Personalities make sense, because they’re all real, and they all function, to some extent.

Fixers are related to Squirrels and believe in the old value of ‘If it ain’t broke, don’t fix it.’ And if something is broken, then ‘Make do and mend’. Squirrels and Fixers are always looking out for things getting worse, and regard themselves as serious and responsible individuals. Fixers drive autos which are past their trade-in point, and are frequent visitors to the repair shop. In their business life, Fixers avoid new technology or what they see as ‘passing trends’, because the old stuff is still working, so why splash out money that could be used elsewhere?

Ask a Fixer what else they might spend their cash on however, and you’ll likely be met with a blank look, because Fixers are always going to hang onto their money, like squirrels clutching their acorns.

Fortune Tellers don’t have a great reputation in our culture because they’re seen as ‘mystic’ - rather like their relatives, The Wizards. However Fortune Tellers - or to use their grown-up name, Clairvoyants - are actually doing much more than simply gazing into a crystal ball to guess at the future. Clairvoyants predict what will happen on the basis of signs they can read and interpret. In the financial world, that means analysing the facts and figures and doing the number crunching. To an outsider it seems mysterious how The Clairvoyant arrives at their decisions, but actually Clairvoyants will tell you that their process is perfectly rational. And you know what? - It is.

So there you have some Money Personality types, and perhaps you recognize your own traits. Chances are that you’re some sort of hybrid, like a Wizard/Fixer, and there’s often more difficulty in being a hybrid than being just one personality. At least if you’re a ‘pure’ Gambler for instance, you know what drives you in your business. But for most of us, the Money Personalities are scrambled, and we have an almost constant push/pull, stop/start process going on. We want to invest in new equipment for instance, but what if there’s a rainy day just around the corner? We want to win big, but daren’t risk our stake in the game.

So what to do?

Cards on the table

Down to specifics: You’re a business owner in the Spa and Salon industry, and in the last two years you haven’t exactly been riding the gravy train, right? Whatever your financial resources, you’ll have been jumping between the roles of Fixer, or Wizard, or Squirrel, or whatever, trying to find the most effective way to use your capital and ensure the continuing survival of your business. And the biggest obstacle to success? It’s that your Money Personality is either plain wrong for the business model, or because you have multiple personalities which don’t work together. You acknowledge that you have to invest in the business, and ‘speculate to accumulate’, but how to balance out the different factors demanding the attention of your different financial personas?
Well, we have a solution for you.

First, cards on the table - to use a gaming metaphor - we're in business for one reason: to sell the game-changing Elysion Pro laser hair removal system, and we have a passionate belief that our product is the best, bar none. That’s been proven by market-leading success in over 70 countries worldwide, and now as we roll out Elysion Pro to the World, we’re seeing enthusiastic agreement from Spa and Salon owners here. This really is the solution everyone has been waiting for.

Furthermore, we are fully committed to the market we serve. We’re not a ‘make the sale and move on’ organization.We are a family company rooted in family values, and rate integrity and trust very highly. We want our customers to know, for sure, that with Elysion Pro they’re getting the real deal. But how does this relate to Money Personalities?

Whichever Money Personality you self-identify as, we are especially interested in supporting The Clairvoyant part of your nature - the one that looks ahead and sees the future, based on factual research. We want to help you grow The Clairvoyant in you, so that you can plan the way forward, and not be held back by either the cautious feelings of Squirrels or Fixers, or the riskier instincts of the Gambler or Wizard.

So how can we support you? Well, we help with all the facts and figures that assist business owners make informed decisions about acquiring new equipment, specifically Elysion Pro.
The most convincing aspect of this comes with the outstandingly quick Return On Investment which is achievable with the system. We base our figures on very average use, taken from nationwide data published by the American Society of Plastic Surgeons, and we have a unique and highly useful tool to show how ROI can be achieved.

It’s a Profit Calculator, which you can find here, and can accurately see the effects of changing your charges, and the likely number of customers per week. So you don’t have to take our word for it - you can actually play with the figures - from worst case, through to ‘the sky’s the limit’!

What soon becomes obvious is that ROI with Elysion Pro is achievable in a few months, rather than much longer periods for now obsolete laser hair removal devices.

The features and benefits of Elysion Pro also include the fact that there are no consumables required, so the purchase price of the system is all you’ll ever pay out.

So if your Money Personalities have gotten a little mixed up and you need some clarity bringing to the situation, we can help by looking into the future and predicting exactly how you can create excellent profitability in your Salon or Spa business. The answer is Elysion Pro, and we really can assist you to look towards a positive and rewarding future, whether you’re a Wizard, a Squirrel, or any other Money Personality!