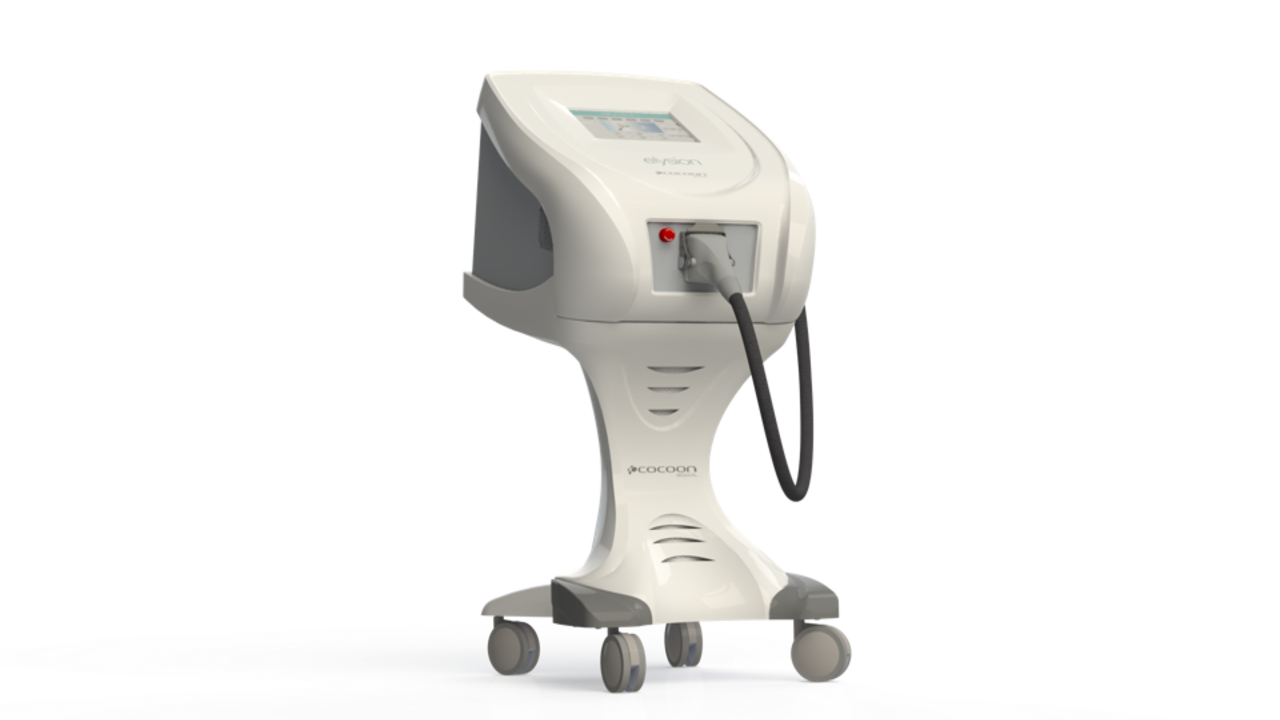 There are many ways of going through a lot of money. Maybe you can bet on a losing horse, or burn dollar bills. If you’re in the salon or esthetics business, perhaps you figured out that Laser Hair Removal is an excellent way of getting through your spare cash. That’s because Laser Hair Removal is time-consuming, uses a ton of consumables, and takes forever to recoup your Return On Investment. You’ve got to offer LHR, because your clients want it, but even the keenest of them feel that Laser Hair Removal is something of a trial. It can be painful, causes uncomfortable swelling around the treated area, and isn’t even super-effective. So when you think ‘Profitability’, you’re probably not thinking of Laser Hair Removal as the means to get there.
Time to think again.

Elysion-Pro is an entirely different LHR system which has been market-leader in Europe – where it is manufactured – for several years, and is now fully FDA-approved for North America.
The benefits of Elysion-Pro are numerous. For a start, all six skin types on the internationally recognized Fitzpatrick Scale can be treated. Previously, first-generation LHR devices could only be used on 2 of the 6 skin types, with second-generation devices offering the improvement of up to 4 skin types. Only Elysion-Pro can treat all skin types, opening up the market by 30% which is a hugely important growth in potential customers. Never again will customers have to be turned away because their skin type doesn’t match the equipment specifications.
Now with Elysion-Pro, LHR treatment is for everyone.

Profitability is also hugely increased by the fact that Elysion-Pro can be used year-round, unlike all other systems which are inoperable for 6-7 months of every year. So not only can Elysion-Pro owners now treat everyone, they can do so at any time of the year, further increasing profits by more than 40%.

Profitability is also enhanced by the speed of treatments. In the past, older and now obsolete systems could take between 45 minutes and an hour to treat one leg. With Elysion-Pro this treatment time comes down to 15 minutes – on average 4 x faster than with any other device. So the throughput of clients is enhanced, meaning productivity is notably increased.

A comfortable, pain-free, faster experience also means that word will soon get around, bringing more people for treatments, and further expanding your customer base.

The Elysion-Pro LHR system sells at a compelling price point too, at around half the cost of any other LHR system on the market. So not only do the efficiencies and speed of operation add to profitability, but Return On Investment comes in less than half the time.

Elysion-Pro is very cost effective to operate. It uses a standard mains electricity outlet, unlike older machines that require special electrical power supplies, which usually ‘tether’ the device to one treatment room. Elysion-Pro has low power costs, and being lightweight, is easy to roll into other treatment rooms, further increasing the time a device can be used. It is also easy to transport to other locations, further enhancing profitability. And how about offering at-home VIP treatments? That’s something which was impossible before, but is now completely achievable.

Unlike other systems, there are no costly consumables or additional accessories needed either. What you see is what you get, with the Elysion-Pro system delivering profitability and efficiency, day in, day out. That means $0 additional costs.

So there are many ways of throwing your money away, but if you’re in the salon or esthetics business and are eager to Make Laser Hair Removal Profitable Again, there is only one place to look to increase your profitability.

LHR really can be profitable, and that’s no myth, but only if the device and system you use delivers on each and every promise that you make to your customers. Elysion-Pro does everything you need from an LHR system, and more. This really is the game-changer in the LHR market, enabling anyone needing Laser Hair Removal to receive pain-free, comfortable and speedy sessions. Treatments are more effective, and the throughput of clients can be significantly increased. And because Elysion-Pro sells at less than half the price of the nearest competitor (and now obsolete) device, your Return On Investment comes much more quickly.

Get It Right Now
Close

Everything you need to know!

For an Executive Summary, majoring on the financial details and profitability of Elysion-Pro, we have a brochure for you. That’s a super-quick guide to how the system offers such a great Return On Investment.